How Microcredit is Changing Village India

Originally published on Apr 21, 2010 by Laurie O'Donnell in the Hudson/St. Lazare Gazette 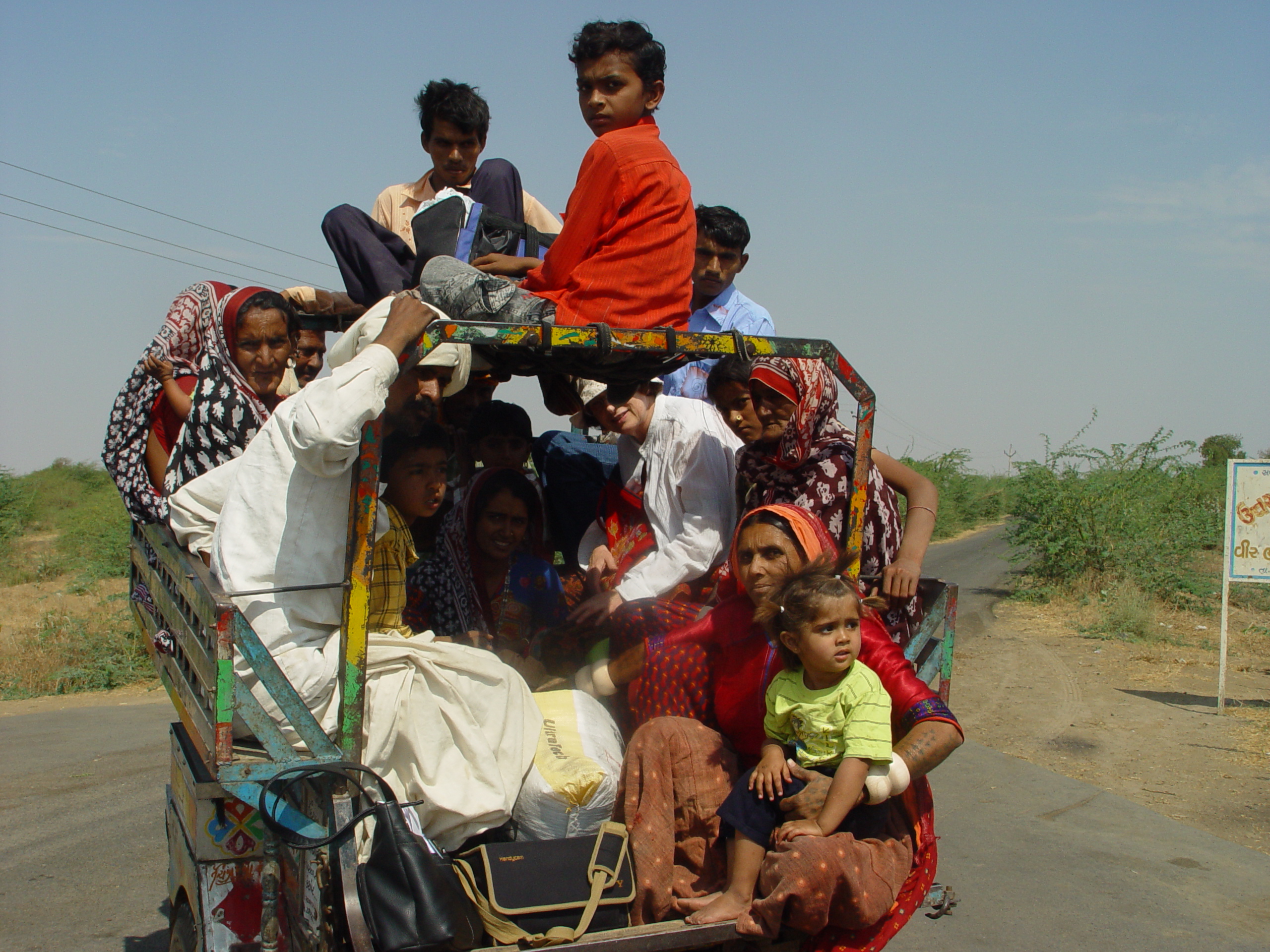 Sheila is squashed into the front in a white shirt, and hanging off the back is Puriben in the red top with her grandchild, en route for a day's work travelling to supervise the work of local embroiderers in the villages she is responsible for.

HUDSON – You’ve seen and heard stories about how microcredit is breaking down barriers in the developing world, but for a first-hand account, come meet Sheila McLeod Arnopoulos, author of Saris on Scooters at À Temps Perdu this Saturday April 24 from 2-4 p.m.

Microcredit was made famous by Bangladeshi economist Muhammad Yunus. It consists of very small loans granted primarily to women for the production of essential commodities, or to start small businesses. Montreal writer McLeod Arnopoulos uses her talent for investigative journalism to take us deep into the poorest villages in India. Far from being passive victims of their circumstances, the women who live there have joined forces and are making astute use of microcredit to break the cycle of poverty.

Based on a number of trips to India between 2001 and 2008, Sheila shows her sense of solidarity with these women and her desire for authenticity by sharing the stories of their daily lives and struggles for success. The former journalism professor spent 21 months in India meeting grassroots women using microcredit to launch businesses and achieve social change.

One of the women, Puriben is an illiterate woman living in the desert with her husband and family. Due to drought and natural disasters this family was starving. As part of the Self Employed Women’s Association in Gujarat, Puriben became a “barefoot manager” and village leader. She is organizing the production of first-class hand-embroidered clothing now selling on Indian and world markets. At first, the male elders in her village tried to stop her and her team of artisans from travelling outside the village to sell their merchandise. Undeterred, Puriben fought and won this battle.

This first-person account of Sheila’s extensive travels focuses primarily on women like Puriben’s inspiring success stories. Arnopoulos shares her experiences and revelations openly and honestly. At times the reader wonders how she was able to complete her journey without personal harm. These women, too, are in real danger and yet they are succeeding.

Saris on Scooters is a personal journey into the lives of the poorest women, the Dalit women (formerly Untouchables) that have transformed their lives and communities through microcredit. It is hopeful. As soon as the women have a small surplus, they send their children to school.

These women are living examples of sustainable solutions to poverty. For decades the world has donated billons to fund megaprojects, while also inadvertently supporting corruption and oppressive regimes. This book will make us question how we help people in other societies.

Sheila McLeod Arnopoulos is the author of a novel and two other non-fiction books, shared a Governor General’s Literary Award for The English Fact in Quebec, and has earned several journalism prizes for exposés about marginalized women and minorities.

Out of Step short story

Call of the Caribou short story