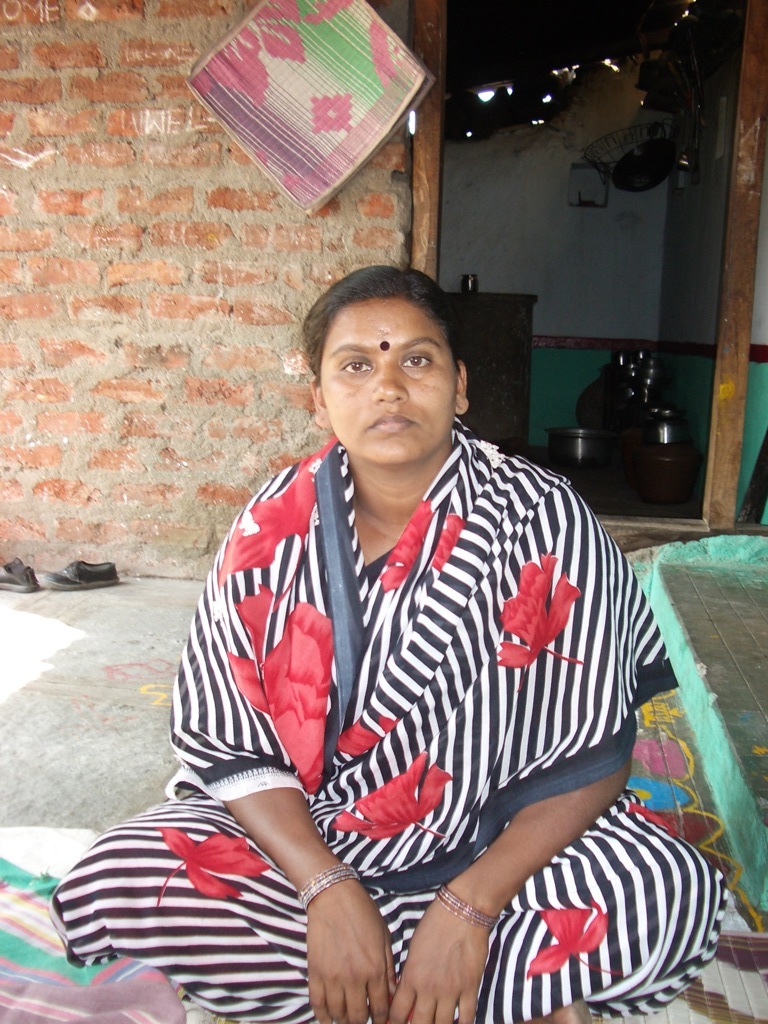 ANDHRA PRADESH, INDIA: Meerabai Rao and her husband Yadav were facing abject poverty when they got married 13 years ago. Now, thanks to microcredit, they are players in a growing recycling business attached to Hyderabad, the capital of the Indian state of Andhra Pradesh.

This is UN Year of Microcredit and Meerabai is one of about 15 million poor women in India who have joined microcredit circles or self-help groups that allow them to take small loans in order to start businesses that are saving them from poverty.

Meerabai, now 28, never learned to read or write because her father, who was a landlord and mayor of his village, refused to send her to the local co-educational primary school.

At 15 – the usual time for marriages in rural India – her father arranged for her to marry a 20-year-old man she had never met, from the same caste, in the village of Sindol 60 kilometres away.

Yadav Rao was supposedly a government employee with a high school diploma. However, Meerabai soon discovered he had no job, and was virtually landless because the two acres his family owned weren’t producing anything.

Sindol is a poor village with about 250 families, some of whom own between two and five acres of land that thrive only when the monsoon rains are good. About 30 families have no land at all and work as agricultural labourers.

Her father ordered her to come home. “I’ll give you ten acres of land and find you a new husband,” he said. “But I had come to love Yadav,” she said, “and I decided that together we would make it.”

In response, her father disowned her, but she didn’t let that stop her. “I have never taken a paisa from him,” she said defiantly tossing back her long black braid. No traditional dowry had been given because her husband’s family hadn’t asked for one.

To survive,” she said, “we started a tea stall even though I hardly knew how to make tea.” Then she joined a micro finance group, now one of nine in the village run by Swayam Krishi Sangham (SKS), a grameen bank-style organization that last year lent more to $16 million U.S to 80,000 women in 800 Indian villages.

So that the pair could expand it into a grocery, she borrowed the equivalent of $125 Canadian.

Not content with that, a year later she and Yadav bought two acres of land, and she borrowed another $625 over two years so they could have a well in order to have enough water to grow rice and vegetables for commercial sale.

The pair then started a side business recycling paper, rubber, glass, plastic and scrap metal. “We started it out of the grocery,” she said. During 2003 and 2004, she borrowed a total of 40,000 rupees ($1250 Canadian) to expand this business.

They now have a mini warehouse on rented land eight kilometres away and collectors from several villages that they pay to pick up the materials on bicycles. Hired labourers segregate and pack the stuff, and a rented truck trundles in a load every month to Hyderabad.

Now six years after joining her micro-finance group, they are making a profit of 10,000 rupees a month ($312) and after they’ve paid for food, their children’s education, and their life insurance policies, they still have 6200 rupees ($193) to invest in this ever-expanding business.

SKS loans start at 10,000 rupees a year, and grow by increments of 3,000 rupees each successive year. But now, Meerabai and Yadav Rao need bigger loans to pay advances to their collectors, so she's borrowing at higher interest rates from moneylenders but because she is doing so well, she is able to pay the high interest rate.

Looking very much the business woman on-the-go, able to rattle off figures quicker than I could take them down, Meerabai recounted all this as we sat outside on the floor in a shaded living space with pale green walls painted with geometric patterns in turquoise yellow and pink.

With the profits, the pair was able to purchase their beautifully decorated house costing 60,000 rupees (about $1875 Canadian) with two rooms, one them covered with colourful paintings done by their oldest daughter.

Meerabai's son Sravan, 10, and her daughters, Preethi, 12, and Swathi 7, are all industrious students, with the boy in an English private school in a nearby town, and the girls in a Telagu-language school. Unlike some mothers, she has enough confidence in her girls to let them take a public bus to school.

The family also has enough money for holidays -- which has included a week in Tirupati where there is a world-famous Hindu temple and another week in Maharashtra state visiting a second temple.

Because the recycling business is on a solid footing, she and her husband have been able to dismantle the tea stall and grocery kiosk. The land they bought has now been leased out, and as compensation, they get some of the crops from that.

"Now,” she says proudly, “I can concentrate now on bringing up my three children.”

This article was originally published in the Montreal Gazette on Oct 2, 2005.